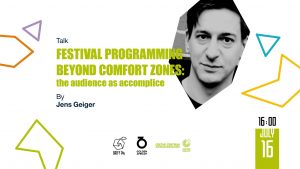 Talk: by Jens Geiger. Festival programming beyond the comfort zone.
Jens Geiger has a background in political science and a vast, more than 10-year-long experience in curating film programs for festivals, cinemas and various exhibitions. As part of GAIFF Pro 2020, he will talk about festival programming beyond the comfort zone. Starting on July 16th from 4 PM.
Link to discussion.
JENS GEIGER is a film festival programmer and cinema and exhibition curator based in Hamburg, Germany. He holds a diploma in political science from the University of Hamburg as well as a master’s degree in curatorial studies from the Academy of Fine Arts in Leipzig. For more than ten years he has been curating film programs for festivals and cinemas and exhibitions in a variety of (physical and digital) spaces on a freelance basis. Since 2011 he has worked as a festival programmer for Filmfest Hamburg, where he is in charge of the selection of contemporary Asian cinema and political cinema. Between 2017 and 2019, he was the artistic director of the Kinemathek Karlsruhe and continues to work as a curator for cinemas, film festivals and all kinds of spaces. 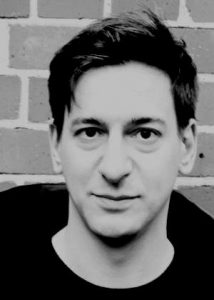