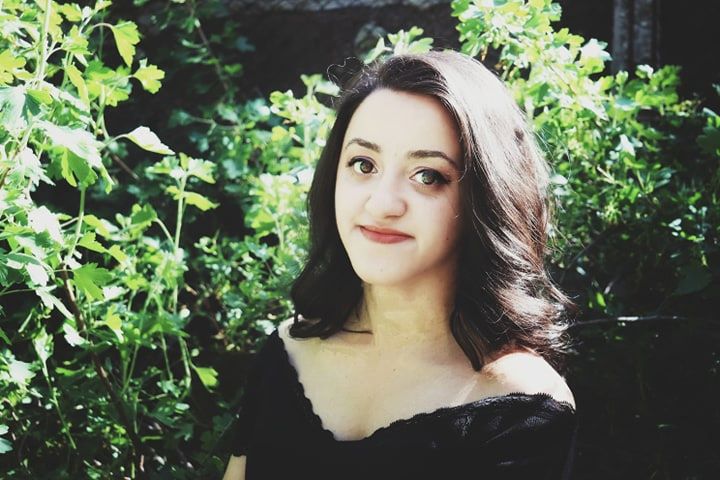 I became seriously interested in film when I first saw Tarkovsky’s “Stalker”. At that time, I had a so-called Stendhal Syndicate. Even if I couldn’t perceive the film in all its depth, I still couldn’t get away from it, because the breath of real art is immediately felt. The study of the films brought me closer to animation, and I remembered that the animated films of Disney and Ghibli Studios were part of my childhood. Then I saw the ReAnimania course, decided to participate and discuss animated films with other film critics, learn and try my hand at criticism.

This year, the 27th Stuttgart Animated Film Festival brought together the animation community online. Because of Covid-19, the animated films were transferred to the screens of our computers, thus leaving the time and frequency of watching movies to our choice. More than 250 films competed to win in various categories, but before referring to the award-winning films, it is necessary to emphasize the thematic and technical diversity of animated films. By watching the animated films made in 2018-19, we can get an idea of ​​what the world’s population is concerned about, what questions, topics are of concern to the citizens of different countries, or in other words, what the creative community of the world is thinking about.

In this way, the animation can document people who are becoming a part of the story, for example, in the Japanese short film „Obon“, the director presented the story of the woman who is still alive after the bombing of Hiroshima and now she is the only one who survived. The catastrophe had brought tenderness and care into the girl-father relationship. What the father had never shown was now visible to his daughter, and for the first time, the girl could see that the man is her father, who had taken care of her after the tragedy.

In „Iktamuli“ movie, the director and mother who is tired of curious glances, tries to overcome the fact that her child is different through telling the world about her son, it is not accidental that in the film we can listen the following․ „I want to want my child the way he is.“

Even the theme of death can become the subject of an animated film, as in „Me and my Magnet and my Dead Friend.“ It tells the story of a child who lost a friend at an early age and the perception of death at an early age. In the film „Deep love“, is shown the Ukrainian reality with its layers, which the director successfully shows us through various symbols.

„Psiconautas. The Forgotten Children“, is a full-length animated film where heroes try to overcome themselves, try to escape from the garbage so that they don’t want to look for their future there. Escape is the path to the uncertainty which will either lead to freedom or loss. „Zero Impunity“ film combines investigative journalism and animation, which allows showing a subtle theme such as rape through aesthetic animation. This allows you don’t reveal the identity of the narrator, but to use his real voice, to make the story audible from the very first person.

The film „Acid Rain“ (Tomek Popakul) won the GRAND PRIX nomination, which colors and musical atmosphere immediately impressed in the viewer’s memory. A story about escape, transformation, and choice. If the place that we try to go to is more valuable than the place from where we want to escape. Is what we need right now still will be needed on the next step?

Lotte Reiniger Promotion Award for Animated Film went to „Bath House of Whales“ (Mizuki Kiyama), in which we are following to a traditional bath process from the point of view of the child. We can see the impressions of the child from the ceremony that has become common for adults.

Tricks for Kids won “My Life in Versailles” (Lionel Massol, Pauline Seigland), where the author tells how a girl adapts to new living conditions after losing her parents and how circumstances can unite and lead to changes for both lives. In the background, they also talk about the impact of social borders on human relationships defined by society. How ordinary work can seem embarrassing because of a social position.

In the Young Animation category won the film „Daughter“ (Daria Kashcheeva), which stood out not only in terms of technical solutions, but also in the way of storytelling. In particular, she weaves the whole story around a small event and mixes the past and the present, which suggest a solution for this moment.

Trickstar Nature Award went to „Northern Lights“ (Caroline Attia), a dialogue with us about nature and human communication, about the importance of not harming at all. Nature is never evil to man, and this message reaches us through the relationship of the granddaughter and grandfather.

These films are just a small part of the animation world, which is expanding every year. The list of the festival is so large that audiences of different tastes and age groups can find interesting films for themselves.