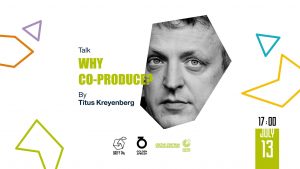 Talk: “Why co-produce?” by Titus Kreyenberg

Why is it worth it to co-produce films and what opportunities and experience can it bring you? Find out in a talk by Titus Kreyenberg, executive producer, whose production company’s films are staring at world-famous festivals such as Cannes, Toronto, Berlinale and many others. Tune in on July 13th from 6 PM.
All talks and discussions will be held in English.
Link to discussion https://www.facebook.com/watch/live/?v=312614893253937&ref=watch_permalink
TITUS KREYENBERG worked as an executive producer for film and television for many years before he founded his own production company, Unafilm, in 2004. The company’s films compete in A-festivals around the world including in Berlinale, Cannes, Toronto, Locarno, IDFA, San Sebastian, DOKLeipzig. In 2013, Heli won the award for Best Director in competition in Cannes. Bridges of Sarajevo (2014) was shown in the Sélection Officelle in Cannes. I Am Not a Witch premiered last year at Director’s Fortnight. 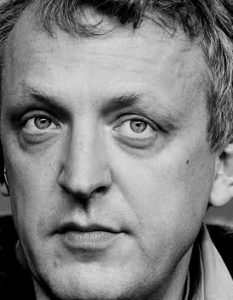